Michael Jackson “had a real monkey on his back” with a longtime drug addiction, his family kept it secret from the world and it led to his overdose death, a lawyer for AEG Live said. The concert promoter’s defense against the Jackson family’s wrongful death lawsuit began Tuesday and will include testimony from “all of the many, many doctors” who treated Jackson over the past decades, AEG Live attorney Marvin Putnam said. AEG Lie executive John Meglin, who is the CEO of the Concerts West division, returns to the stand Wednesday after testifying Tuesday that Dr. Conrad Murray’s request for $5 million to work as Jackson’s personal physician was a topic at a meeting of the company’s executive committee. Jackson lawyer Brian Panish said that was an important revelation that would help his case. Panish pressed Meglin on the question of if he agreed with his boss, AEG Live President Randy Phillips, who testified that he thought Jackson was the greatest artist of all time.

“I think that Michael’s very big in the pop world, but the Rolling Stones are bigger, or Led Zeppelin,” Megline said. “I’m a rocker.” Paris Jackson’s deposition Prince Jackson testifies against AEG Conrad Murray maintains his innocence Jackson’s doctor sings to Anderson Cooper Defense witnesses will also include a parade of Jackson family members, including a return appearance by matriarch Katherine Jackson, who just concluded two days of testimony as her lawyers presented their case. “They kept his private world private as best they could and now they would like to blame somebody else for things that only they knew privately,” Putnam said. Michael Jackson’s mother and three children contend AEG Live, which was producing and promoting his comeback concerts, is liable in his death because it negligently hired, retained or supervised Murray. Jackson’s mom faces cross examination in death trial Murray was convicted of involuntary manslaughter in Jackson’s death, which the coroner ruled was caused by an overdose of the surgical anesthetic propofol. The doctor told investigators he was using the drug to treat Jackson’s insomnia as he prepared for his “This Is It” debut in London. Jackson, not AEG Live, chose and controlled Murray, Putnam argued. He said in his opening statements at the start of the trial 12 weeks ago he would show jurors “ugly stuff” about Jackson to prove that AEG Live executives had no way of knowing about the dangerous treatments the doctor was giving in the privacy of Jackson’s bedroom.

The criminal defense lawyers in the Salt Lake City office of Arnold & Wadsworth will aggressively represent you and your constitutional rights throughout the court process. The lawyers at Arnold & Wadsworth continually are researching the latest criminal defense decisions and attending criminal defense CLE classes in order to properly represent our clients. The criminal defense lawyers at Arnold & Wadsworth are members of the Utah Association of Criminal Defense Lawyers. This group provides valuable insight into criminal defense. The criminal defense lawyers at Arnold & Wadsworth offer a free consultation in order to give you our professional opinion as to how we would handle your specific case. Call today to meet in one of our offices for your free consultation.McNeil told Quentin about the falling out, and Quentin began following Allen home from work. About a month later, Allen was returning to his residence when he noticed but did not recognize Quentin in the parking lot. As Allen opened his apartment door, Quentin approached and asked to use Allen’s phone. He then shoved Allen into the apartment and shut the door. Quentin attacked Allen with a knife and with his hands. He broke Allen’s nose and knocked out eight teeth. In the course of the attack, Quentin claimed that Allen’s daughter and Allen’s daughter’s husband owed him a $10,000 drug debt and demanded the money. When Allen denied having any money in the apartment, Quentin stated, “I know you don’t trust banks.” Quentin then ransacked a jewelry box belonging to Allen’s girlfriend.

A lot of the issues that were involved in the appeal included statements involving the hearsay rule. There was testimony from an officer at an earlier hearing for which the court stated there was an opportunity by opposing counsel to cross examine him and therefore not hearsay.“This is not hearsay. It’s a sworn statement under oath recorded, subject to cross examination. If the statement did contain hearsay, we would obviously redact that. Both sides at this time are stipulating that in fact it doesn’t. [Defense counsel] is objecting on different terms than hearsay terms; therefore we will say [the parties] are stipulating to the fact that it’s not hearsay.” 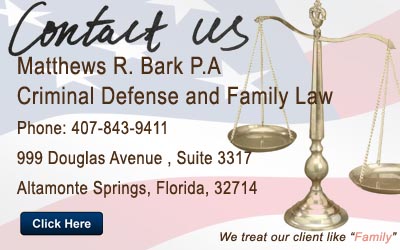